You Are Here: Haptic Interaction and Gesture Control 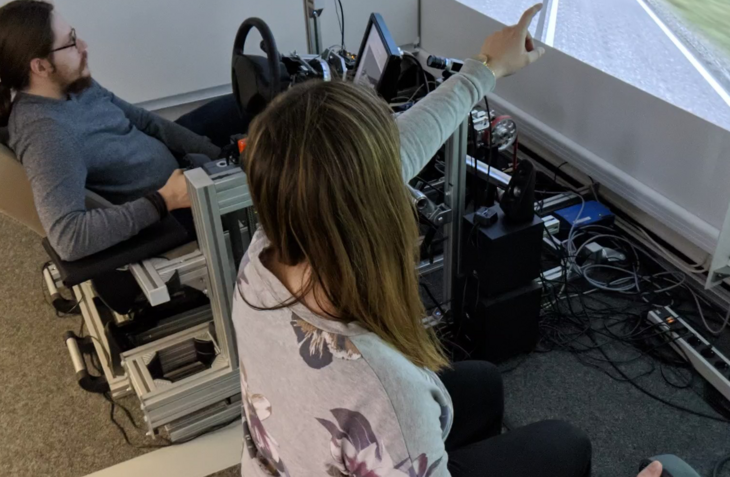 Haptic-multimodal interaction combines human-machine interaction through body parts such as hand, feet etc. with visual and acoustic interaction through eyes and ears. As a particularly fast and intuitive interaction channel, haptics offer a high potential for cooperation between humans and technology. The advantages result in a fast response time with high precision and sensitivity with equally high “graspability”. A positive side effect is the relief of the already overloaded visual or acoustic channel.

Nowadays, applying haptic interaction is a clear trend around the growing popularity of virtualization and visualization, reaching much further than just the use of touch displays. Our research on haptic-multimodal interaction is based on a decades-long history that began with the first touchscreens in aircraft cockpits and the H(orse) metaphor as a biological inspiration for the design of cooperative vehicle guidance.

Interaction by means of gestures is a more advanced area of haptic interaction. As part of this research field, we are investigating cooperation and maneuver gestures as a building block for cooperation and interaction patterns in naturalistic-style human-machine systems. These are used in our research projects for cooperative motion control and exploration and are developed further on an on-going basis. Using interaction patterns, the core elements of gestures can be abstracted and easily transferred to other application domains, in order for the interaction in all domains to follow comparable patterns and generally understandable basic principles.