Every human-machine system is characterized by geometric, kinematic, and dynamic interactions between humans and technology. Within specific application contexts (e.g., manufacturing, assembly, service, assistance), the use of robots with serial kinematics (jointed-arm robots) can contribute to efficient and effective cooperation. The prerequisite for this is that the design and integration of the technical system components are accepted by humans and the interaction is perceived as intuitive. A promising concept in this context is the transfer of human attributes to robotic systems (anthropomorphism). This should lead to higher user acceptance and familiarity, improving the safety and productivity of human-robot interaction in cooperation scenarios. Since anthropomorphism in the field of robotics can be implemented in different ways, this research project focuses specifically on movements. The so-called mirror neurons play a special role in human motion and intention recognition. These neurons in the brain are characterized by the fact that they are activated during both the observation and the execution of an action. According to recent studies, they are closely related to the prediction of further actions of the counterpart. However, this is primarily true for interactions between primates. The usefulness of these neuronal processes in an industrial context has been insufficiently explored so far.

Based on the current state of research on the effect of anthropomorphism in production and service work processes on the direct interaction between humans and robots, this research project aims to develop and empirically validate well-founded explanatory approaches. In order to objectively capture the effect of various human-like movement patterns, the neuronal activity of the brain during the perception of different movements will be recorded using functional magnetic resonance imaging (fMRI). An important question in this regard is, for example, the influence of the kinematics (human-like vs. machine-like) and the velocity profile on the activation of mirror neurons. For this purpose, conventional robot movements will be compared with human-like trajectories and the perceived anthropomorphism will be assessed. The results of the brain activation study can provide metrologically validated information about central processing procedures with regard to anthropomorphism and allow objective measures to be derived for evaluation and assessment. 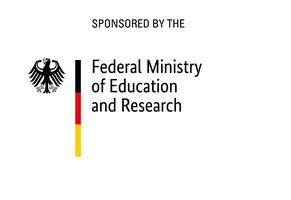